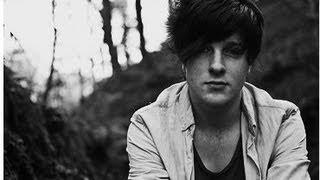 As some of you may already know, Brian O’Reilly (better known as BriBry), has recently been touring the UK alongside Dave Giles, Tom Law and Eddplant for what was called ‘The Upload Tour’.

Finishing  up the tour, BriBry announced on Twitter and Facebook, the sad fact that he had met so many young people over the course of the tour who have obviously been suffering from the, very often, unidentifiable feeling of wanting or needing to self-harm.

Being the extremely charitable man that BriBry is, he has just announced that he is setting up a new charity- #CutCakeNotWrists. Having raised, and still raising, an incredible amount of money for The Ross Nugent Foundation with his ‘Things To Do Before You Die’ series on Youtube, and now setting up this much needed new charity out of pure consideration for people he has seen; BriBry is an absolute inspiration, and is definitely looking like the perfect role model for a lot of young people.

I would urge you to donate or get involved in whatever way you can with this fantastic charity for a far too rapidly growing cause. As BriBry said himself in one of his latest videos; he cannot put himself in the mindset of someone who would want to self harm. This man is ultimately putting in place a facility that could essentially save a generation, and I wish him the best of luck- he, and this charity deserve all the support they get.

You can listen to BriBry’s thoughts on the subject here: