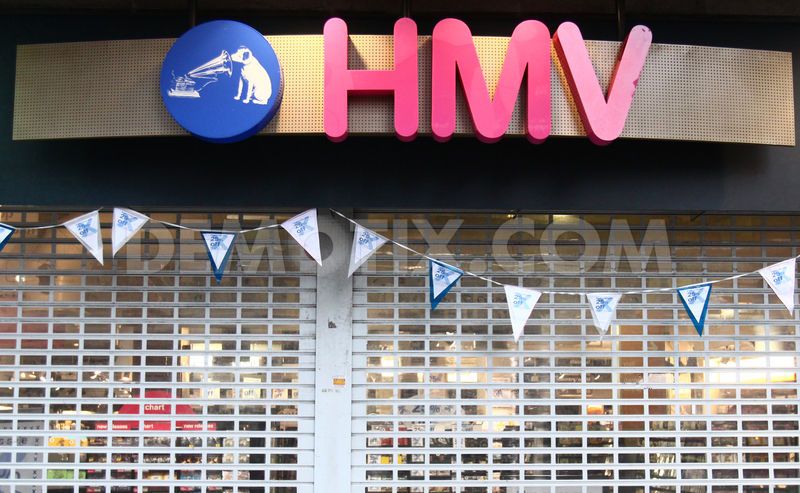 Recently, our news, social and, in my case, phone feeds have been filled with messages about the recent administration to the entertainment super-chain, HMV.

I have witnessed many that welcomed the departure of the brand, as this could finally be the saviour to “independent music stores” and the re-build of a music society that truly looks out for one another. Whilst others, in particular myself, realise the devastation that this will actually incur.

It is true that many independents lost out on sales because of HMV’s continuous expansion, I remember as a child having to travel a good 20-30 minutes to find my nearest outlet, whereas today I could practically nip around the corner and there would be one there.

The business required huge adaptations to its operational structure, as e-tailers (those who’re unfamiliar with this term – it’s businesses that primarily operate via the internet) continued to outsource and succeed in providing what HMV failed to do – offer cheaper prices.

How did HMV try to overcome these actions? By providing more of their content online, including album teasers, whilst leaving their in-need, most essential, products inside their newly created HMV Pop-Up. A store that offered their products whilst holding short-leases on the premise, as they tried their utmost to increase sales and “save the retail industry” during the festive period.

A few people commented on a recent friend’s post their exact points as to why the HMV brand lost out on its superiority; “I stopped shopping at HMV ages ago, it’s well too expensive”.

Primarily, unlike e-tailers, they have to pay for the operational running cost to each store, which coincidentally will raise the costs. But, now I pose this question, if you failed to shop at HMV before, why are you suddenly going to start supporting these independents?

I have a lot of respect for the independents that have battled through the current recession, strong business competition and “digital versus physical” era. ‘Record Store Day’ remains one of my guiltiest pleasures, as I head around the local stores catching glimpses of a vinyl that would bring me back to my youth, as my father would play it on his rickety old vinyl player.

But, I play along, I purchase the CD’s and vinyl’s that I feel will keep those stores alive for the following year and, when I return, that 21-year old store assistant that I once spoke to won’t be there, but have been replaced by another one instead.

However, I suppose as a journalist, I take a lot of these stores for granted, more than I would do if I was your average Joe Bloggs that kept his nose just far enough from the music industry to not receive the CD’s that I aim to purchase through the post as a “promotional usage”, whilst I end up writing their next biographical piece or review.

Although, HMV’s departure will not be the end for the physical editions of albums, singles or EP’s, you should expect to see the product list dwindle immediately. HMV impacted for a large percentage of UK sales within the physical market, whereas with this recent retailer loss do you really anticipate the likes of Sony Music Entertainment or Universal Music Group (basically most Major labels) to fund products into these smaller independents? I don’t think so.

Many of the labels have already been trialling ‘Direct To The Customer’ services, which include people receiving the record physically by purchasing through one of their own in-house e-stores then the product being distributed to the shopper – no retailers involved, no third-party; direct sales to the label without too many further costs.

It’s true that some independents will be kept alive by the ‘Punk’ DIY style, as they aim to support their local scene. However, with a large percentage of labels heading towards digital retailing, how long will in be till the CD/Vinyl manufacturers and distributors have before it’s their time to go due to a heavy loss in sales?

Surely, with their departure, a rise in production costs (as the CD/Vinyl manufacturing business becomes a monopoly) will impact all the independents who can’t afford to run the financial risks of some of the products entering their stores or, if they take the gamble, have to increase the price to keep the store alive … Won’t that emulate the similar shouts we’ve already heard, “I’m not shopping at *blah**blah* as it’s too expensive and I can get it 10x cheaper at Amazon or Play.com”?

Also, with the major labels commencing this ‘Direct To The Customer’ approach, how long will it be till others follow suit?

For some this may be a cheer of success as the entertainment giant falls flat, but how long until a bigger black cloud spreads over the physical retailers? It’s a dark time for the music industry, but an even darker time lies ahead.