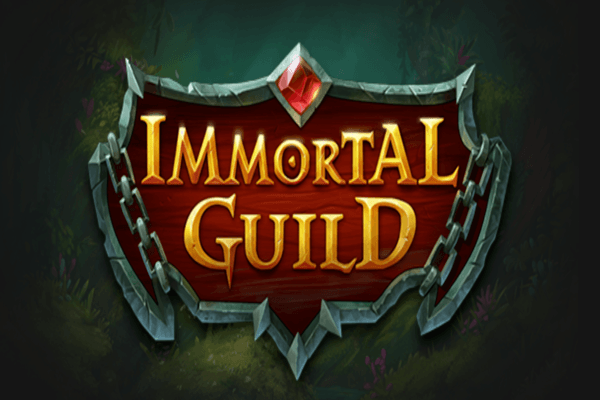 Whenever new slots are launched, there is often a period of exclusivity. More often than not, a handful of casinos will be able to provide their players with access to a soon-to-debut game a week, perhaps a fortnight ahead of schedule. Push Gaming takes exclusivity to another level, though.

Their Immortal Guild slot is now available to play exclusively at just a few online casinos, and it, too, is being made available ahead of its general launch. What’s so special about that? The worldwide launch for Immortal Guild isn’t set to take place until April 2019. This means some lucky players at a few far-flung casinos can actually play the game around five months earlier than everybody else.

An Epic Game with an Epic Payline Structure

As with all fantasy slots, there is an element of warfare to the theme of the game. If epic, fantasy and warfare themes don’t work for you, they don’t really make too much of an impact on the overall gameplay in this release, though. The features do most of the talking in Immortal Guild.

The new Push Gaming developed slot features 1,024 paylines spread over its 5 reels, which isn’t too shabby given players can wager as little as 25p a pop on the slot. The non-progressive jackpot is tidy, too, capped at 50,000 coins in all.

This game features a collapsing reels format whenever hunters, warriors or mages appear on top of one another. These collapsing reels naturally remove winning icons, replace them with new ones and dish out multipliers on a player’s winnings. While re-spins are fine, free spins are better, and this new Push Gaming slot has those, too.

Free spins are triggered via scatters, and a total of at least 7 are awarded to players. In the bonus, lions can appear as wild symbols whenever 2 guild symbols appear on the reels. Multipliers and re-spins can also be triggered in the free spin bonus, giving players a surplus of different ways to bag prizes.

Available Now, or in April…

There are a few casinos which are going to be able to offer you the game right now. Unibet Casino is one such casino domain. You can find other top casinos which are offering the new Immortal Guild slot five months ahead of schedule at https://tunf.com/. The site is also ideal if you wish to play other top fantasy-themed slots for free.