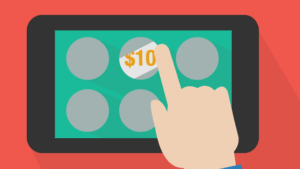 Unlike many casino games, the scratch card is purely fun and exciting. Since it a game of luck most of the players try playing these games for the adrenaline rush it offers. The gameplay is simple and can be learned easily. Though scratch card games exist since a long time there hasn’t been many changes until the online scratch cards arrived.

Available throughout the year

Online scratch cards can be played 24/7 without any disturbances. There is no limit on the number of times a player can access the game. This opens the opportunity for the player to play at their own time limits. Since they can be played on mobile phones and tablets players can play the games seamlessly from anywhere in a short period of time.

Online scratch card games are equipped with multipliers and many other bonuses offers. This has a huge impact in the payout offered to the player. Also, online scratch cards have a range of RTP (Return to Player) percentage which means that the game will pay back the players mentioned RTP percentage in one way or the other.

Online scratch card games since running on computers and mobile devices have fewer constraints than physical scratch card games. Therefore, they are stocked with reality-like graphics and animation effects to make the player more entertained and engaged. The themes are also based on interesting subjects which creates more curiosity to play the game.

The swiftness of the game and Payment methods

Online scratch cards are fast in starting up and have swift gameplay. This helps the player to play a complete scratch card game within minutes. Payment methods in online scratch card games are easier and convenient because of the copious number of methods available. The most comfortable methods of payment can be used to make the necessary transactions.

Scratch cards games are not very popular like slots or many other casino games; however, it has been gaining a lot of popularity in recent times. Players when selecting a casino site to play with should examine the site regarding the games and the quality of services.