Why You Need To Pay Attention to Marmozets. 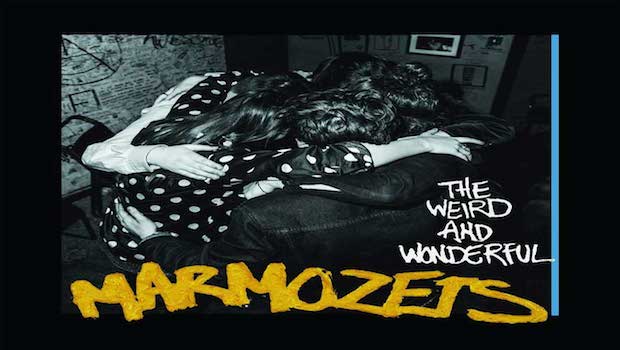 There are a lot of reasons I shouldn’t be writing this. One – I don’t usually write band stuff. Two – because I’ve got quite a few cans of Red Stripe in me and I’m hyped to high hell on post-gig adrenalin. And three – I am horrendously biased. But then again this is a blog so fuck it.

Tonight, I saw the weird and wonderful Marmozets live for the first time, and in melodramatic style, I’m writing a drunken blog on the entire experience. Bear with me. If you’re looking for a serious, two sided review, look elsewhere. This is going to be very sickly. But if you’ve saw them in the past year or on The Big Cheese Tour with Lonely The Brave and Allusondrugs, then you’ll know exactly what I’m (trying) to say.

Two paragraphs in and holy shit I’m still hyped. From start to finish Marmozets had me by the throat and would not let go, and I was totally into it (kinda sick right?). I’ve been a long time fan, from having missed them at Liverpool Sound City 2012 supporting Arcane Roots – I’ve been tracking and supporting their progress fanatically ever since.

To witness them tonight, it felt like I was part of something bigger. Myself and my friends agreed it felt like we were watching the beginnings of something big for the band, something important. Songs, stage presence, crowd reaction, crowd interaction all combined to make a tremendous, memorable experience.

I stood their picturing the band playing to a Download or Reading and Leeds audience, knowing it will go down a treat and will live on in people’s memories for a long time, knowing this band is only going to go onto bigger things. The presence and interaction the band have with the crowd is enough to know it is genuine but not too much to come across as forced, you can see genuine enjoyment from both parties. You only have to search on Twitter to see their praises being sung by various fans as the band touch their lives by simply being there as artists should be. They smash through the whole fan-artist barrier with hugs, kind words and a grounded opinion of the effect their presence has on their loyal supporters.

‘The Weird and Wonderful Marmozets‘ is out now and fulfils all expectations of the band and then some. Watching them live the energy, skill and overall talent of the band transfers to an in-your-face, emotive experience. The dynamics of the set they picked tonight had the crowd raging in pits and belting the ballads in equal measure.

What I’m getting down to is that, in my humble, drunken opinion, Marmozets are one of the most important “up and coming” rock bands Britain has to offer. I told you at the start this would be hideously biased but I’m sure a great deal of readers will have been touched by the band’s music and live show, and hopefully this blog has struck a chord with you.

I can’t express enough how much you should listen to ‘The Weird and Wonderful Marmozets‘ and how much you NEED to catch them live.

Issues with this blog or general Marmozets chit-chat can be put forward at 1pm (when I wake up with a stinking hangover) to @TomSSatchwell on Twitter. Peace.

Watch ‘Born Young and Free’ below: