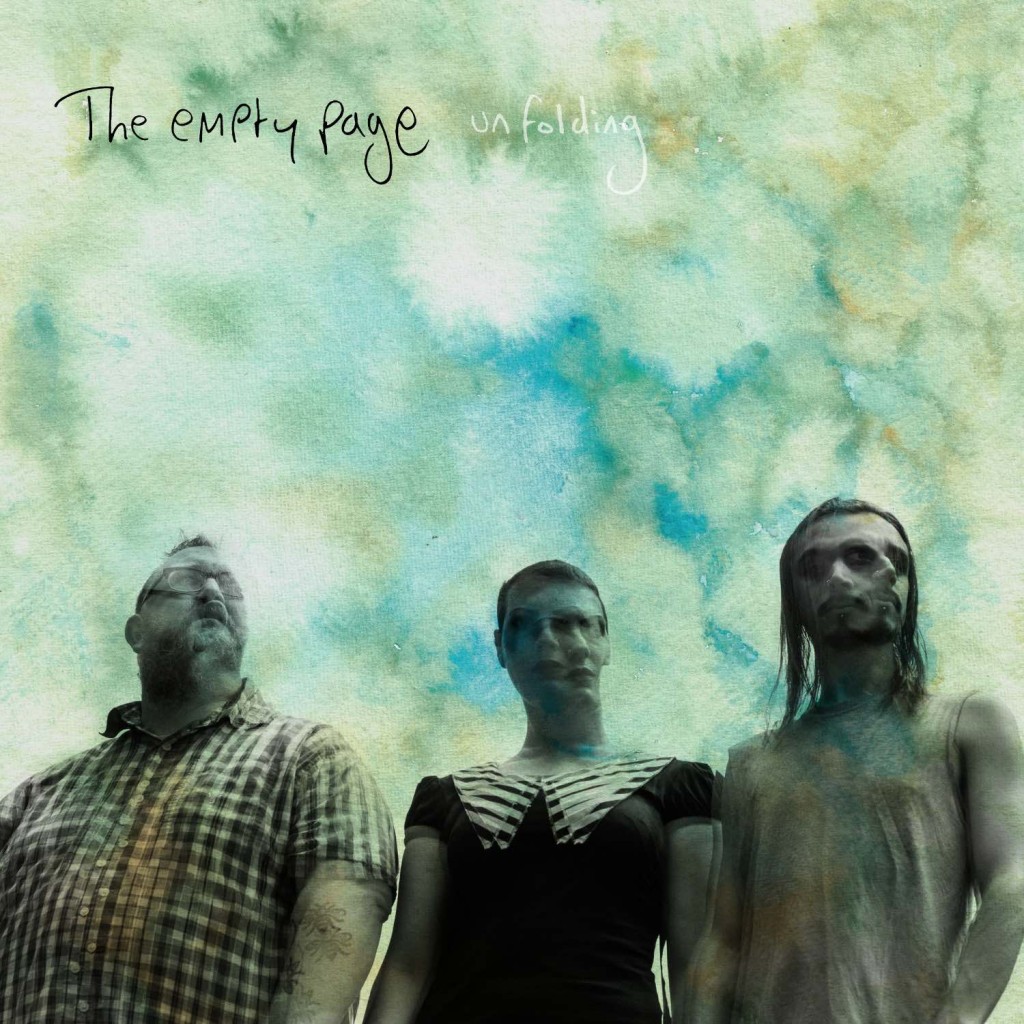 Imperative to The Empty Page’s abrasive, raw sound and style whilst bringing a fresh, live feel to every track featured, Unfolding was actually recorded and mixed within just one week keeping the level of quality high throughout, yet producing a sound that suits the band’s DIY character and adds to their sound. Unfolding is the band’s debut album, but I can surely not see it being their last.

Unfolding was recorded by renowned producer Garth Richardson who has worked with a range of infamous bands such as Rage Against The Machine and Biffy Clyro. The album kicks off with ‘In Patterns’, a great introduction to The Empty Page and the coarse emotion that vocalist / bassist Kel brings to the table along with lyrical flow and passion. This is followed by ‘Cracks In The Surface’ and ‘Turbulence’, two songs that are saturated with dark undertones and emotive feels that both capture the listener’s attention through power and grace, but also keep you moving.

‘Water Malfunction’ has a lot more of a punk sound than the rest of the tracks on the album, with Kel’s witty, potent verse’s alongside her hoarse and powerful screams in the chorus’ reminiscent to Descendants and Hole. The next track however ‘YoYo’ reminds me of early No Doubt, but with a touch more melodic emphasis on the vocal arrangement. ‘YoYo’ lets the album breathe before getting back into the nitty, gritty punk that makes The Empty Page let go of their demons.

‘Big Wheel’ the band’s debut single is everything and more you’d expect from a single within its genre. From its addictive riffs, to call and response vocal, ‘Big Wheel’ delivers a certain sound that makes the listener consume. Next up is the grunge fuelled ‘Deeply Unlovable’, another dark and powerful track from the three-piece that adds electricity to the album and no doubt their live performance to boot.

The latter part of the album consists of ‘A Life Saving Operation’, a track that’s filled with emotion and clear lyrical passion, ‘Chasm’ that certainly has Nirvana structured syncopation running through its veins giving you the same uplifting yet emotive feeling and last but not least, title track ‘Unfolding’ which rounds the album off nicely, including inspiriting chords that create a pleasant vibe and ready for the listener to hit repeat.

The Empty Page have certainly set their standards high when it comes to writing, but it would be interesting to see what the trio can come up with in the studio with more time and pre-production. I’m not necessarily saying that the sound doesn’t suit The Empty Page’s style, but I’m curious to see what could be and what might be in the near future.

‘Unfolding’ by The Empty Page is out on 21st October 2016 via Vociferous Records.